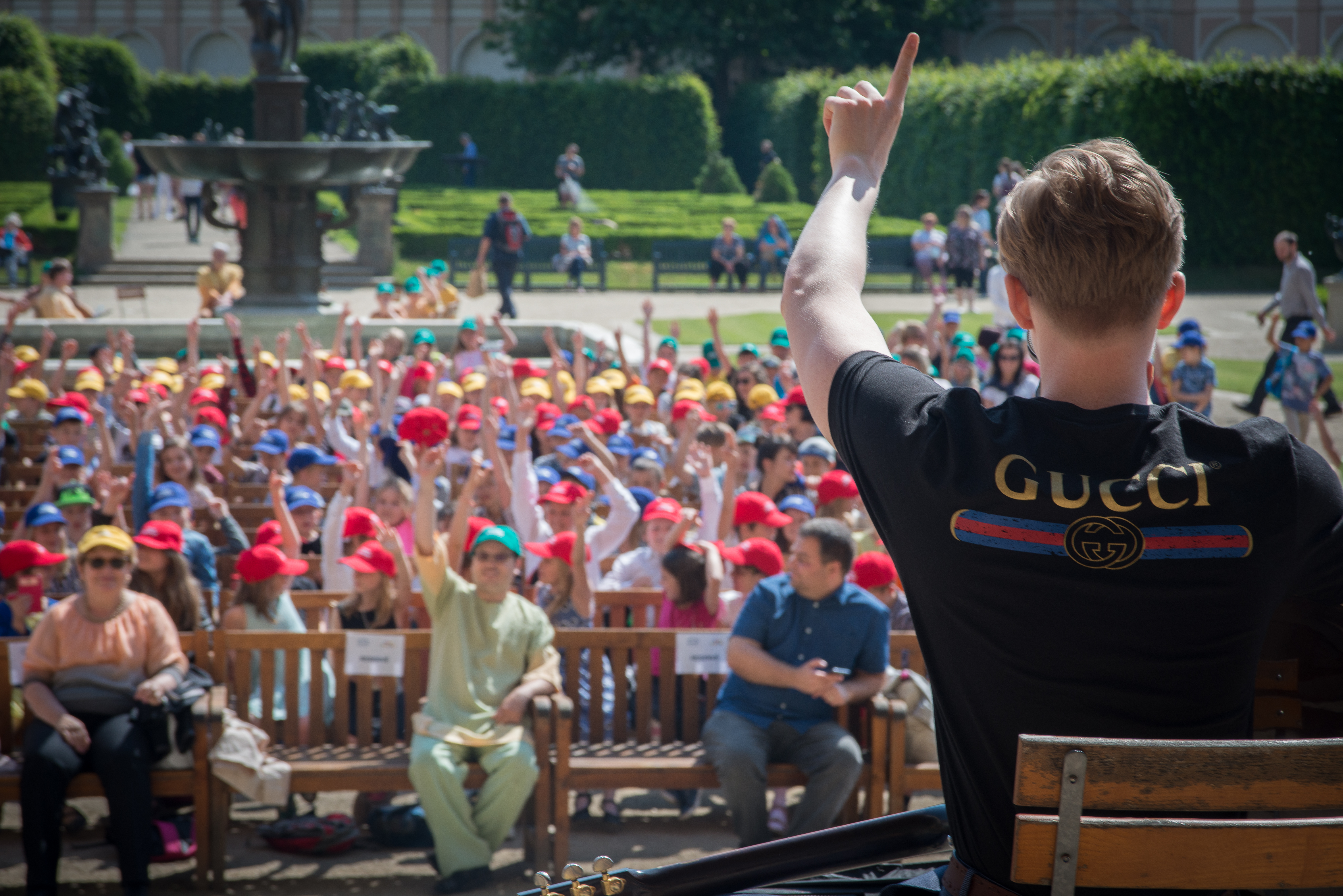 Yesterday we opened an open-air exhibition in the gardens of the Wallenstein Palace – The Sights of my Region. Together with the office of the Senate of the Parliament of the Czech Republic we have prepared a morning programme for approximately 400 children from Prague and Pardubice egion.

The event was initiated by the Senate’s first vice-president Miluše Horská, under whose patronage the event was organized and, representing the organizers (Playful Architect), by Mr. Petr Ivanov. Also Mr. Pavel Vošalík, director of department of the foreign policy analysis (the ministry of foreign affairs), deputy mayor of the city Pardubice Mrs. Helena Dvořáčková, deputy mayor of the municipal district Prague 6 Ing. Arch. Eva Smutná and Ing. Arch. Miroslav Řepa appeared on the event.

At the beginning, Mr. Adam Mišík sang a few songs and was warmly welcomed by the enthusiastic little fans, whose attention he kept till the end of his performance.

After the ribbon-cutting ceremony, we have opened the exhibition which will be available till 29. 6. 2018 at the Dripstone Wall.

Fun workshops and quizzes took place here, for example a drummer workshop organized by the school Svítání and drummer group Mlima Jua, whose performance we also had an opportunity to hear.

Both children and adults really enjoyed the musicians’ performance, almost each of our honoured guests gave the drumming a try on the stage, the children clapped their hands to the rhythm and sang easy chants.

The sun was shining a lot, so most of the children and adults were grateful for the caps given by Playful Architect and the water bottles provided by the Senate of the Parliament of the Czech Republic. We hereby thank everyone for participating in a hope that next year we will celebrate the children’s day together with another exhibition.

To conclude, here is some information of the present state of this year’s festival:
The preparatory works for the exhibition for the anniversary of the establishment of Czechoslovakia are advancing smoothly. The children are painting, taking photos; some of them are even making films.

The registration has been closed and this year, 673 children from 21 Czech schools, 102 children from four Slovakian schools and 348 children from abroad are taking part. All in all over 1000 playful architects – and that is a record!