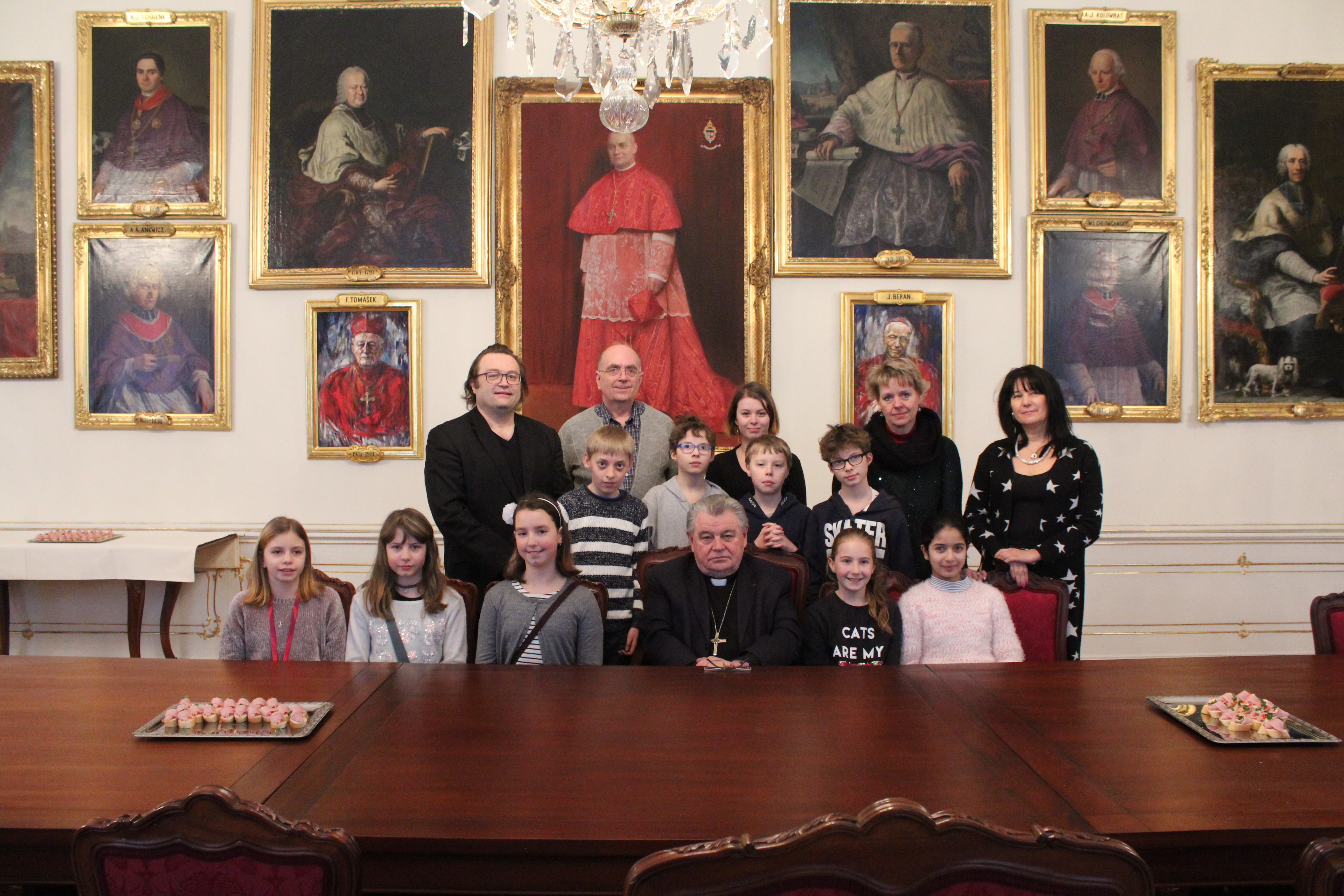 The last meeting and scale model handover under this year’s Playful Architect annual took place on 27th of February 2018. The scale model of Matthias Gateway was created by Aleš Marboe and later turned into an artwork by the children from the foster home in Prague 6. Namely, Vilém and Tadeáš Charwot and Anička Doležalová. The scale model was given to Cardinal Mr. Dominik Duka.  Petr Ivanov, the chairman, and Marta Kolmanová, the head of the Playful Architect association, attended on the behalf of the project. The Prague 6 district was represented by the architect Mrs. Eva Smutná and the children from primary and secondary school ZŠ Petřiny – Sever accompanied by their headmistress Mrs. Jana Kindlová.

After the scale model, commemorative plaque and other gifts were given to the cardinal, he told children something about the history of the Archbishop’s palace and his predecessors. We were given a tour with commentary by Mr. secretary and the local librarian – an expert on the history of this palace. The children could see tapestries in places, where the movie Amadeus was shot and the place, where the cardinal spends most of the time. Together we visited the chapel and at the end of the tour went up the secret staircase to get ourselves on the rooftop of the palace, from where we had an amazing view of Prague.

The kids didn’t want to leave and so were spent here two whole hours.