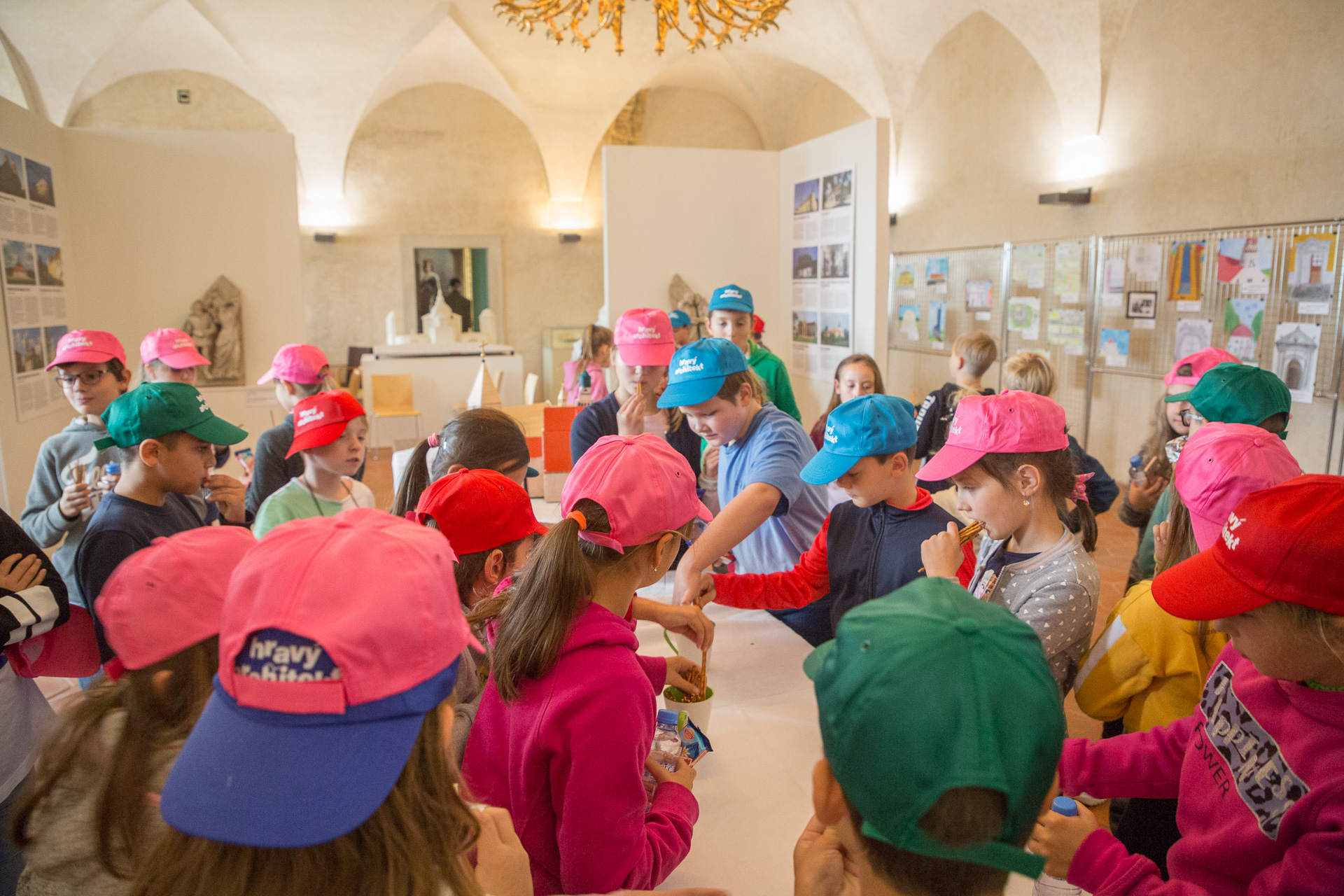 On October 3rd, 2019, the exhibition ‘My Archi Heritage’ was officially opened at Rosenberg Palace in Prague Castle. We had schools from the districts of Prague 2, Prague 10 and Prague 15 attending the ceremony. The opening took place with a lot of enthusiasm and joyful spirit. Pupils of elementary schools went through the exhibition, composed of drawings from the Czech Republic and abroad, as well as artistic pieces of architectural heritage lent by Prague Castle, and several models of castles, churches and monuments. The tour of the exhibition was followed by a small theatre play with the theme of architecture. Helping us opening the exhibition was special guest Thomas Vonier, president of the International Union of Architects, as well as other important guests such as Kent Barwick from the New York City Landsmarks Preservation Commission; Paola D’Agostino, director of the Bargello National Museum in Florence; George Kunihiro, professor of the Kokushikan University in Tokyo; William Cartwright, coordinator of NextGen at the Historical European Houses and his wife; and professors Elena Svalduz and Andrea Giordano from the Padova University.

The video “Getting to know our Herigate – Killarumiyoc” was created by architects Cynthia Seinfeld and Cleira Torres while working with students of the Joaquín Meseguer School in the Cusco region of the Peruvian Andes for Playful Architect. The architects and students visited the archaeological area of Killarumiyoq and made this video to share with everyone at Playful Architect.